You've all heard it from your colleagues in high-tech firms. “Our people are smarter. Our pace is faster. Our technology changes more quickly. It's just harder to develop leaders”.

These assumptions were put to the test in a survey by Robert M. Fulmer and Bryon Hanson of Duke Corporate Education in the US. It was concluded that the tech people have a point: The speed of the industry’s growth, along with the type of people it attracts—young and scientifically oriented—has indeed led to some unique challenges. Professionals in this arena believe there is a difference. More than 70 percent of respondents say that leadership development is different in technology-driven firms.

Highlights of the Survey Research:

The encouraging insight from the survey data is that leadership development is important and growing in significance for high-tech firms.

It was learned that technology-driven firms value leadership and leadership development, but they struggle to meet the development needs and expectations of their leaders over time. As Dennis Stern, former director of executive development at Amgen in the US suggests:

In the beginning of this firm, as with many others, the philosophy was ‘let talent rise.’ As we needed more and more people, we recognized the need to grow our own.

From the survey data and follow-up interviews, five key questions were formulated that encapsulate some key insights and lessons that emerged from the research. Although the focus was on technology companies, these lessons are useful to any company seeking to improve its leadership development and talent management.

When Should You Formalize Leadership Development?

Generally, high-tech firms are younger than their counterparts in other industries, so their systems and procedures for grooming leaders often aren’t as well developed or firmly established. It was found, however, that as tech companies grow and mature, the need to set up more formal leadership-development processes becomes crucial to retaining key employees. Firms like IBM, HP and Microsoft have evolved sophisticated systems and practices that compare favourably with leaders in any industry. The tricky part, according to the companies and leaders studied, is picking the right time to move to this level of formalization.

Firms can wait too long to put formal leadership-development systems into place, risking disorganization and the loss of good people. But putting formal systems into place too soon can restrict the entrepreneurial climate that is a founding principle of high-tech start-ups.

Picking the exact moment to formalize the process is more of an art than science. Typically, a company will recognize that it is having trouble filling critical leadership jobs and that some of its key people are finding better opportunities in other companies. Successful firms recognize the warning signs before problems become acute.

Do You Provide Plenty of Data to Support Leadership Initiatives?

Professionals in all industries like and use data, but techies love the details and are motivated by it. Smart firms use this insight in building support for leadership development in their organizations.

It was heard consistently that one of the best ways to compel tech leaders to improve their leadership skills is to measure the thoroughness with which they try to advance the careers of others. Measurement may be as simple as calculating the percentage of a manager’s subordinates with completed performance reviews or succession plans. Or it may include more sophisticated analysis of employee surveys aimed at comparing the environments created by various leaders in a firm.

Intel Corp. became much more adept at talent management once it started measuring the extent to which its managers engaged in development and having career conversations with team members. “We knew we were going to have to start measuring this,” says Deb Whitaker, senior consultant on executive leadership at Intel. “We gave managers a year’s notice: ‘This is going to be measured, so start putting your head around it and get the information you need to do career development.’”

“Knowing that it could show up on their performance reviews helped managers see that Intel considers talent development critical to its success,” she reported.

Measurement doesn’t have to be restricted to organizational surveys or performance reviews. Microsoft Corp., for example, tries to tap into the competitive nature of its people by asking managers to publicly rank their own performance in a leadership-development program. “The energy level goes up pretty dramatically because they start realizing, ‘If we don’t get it together, we are not going to look good,’” according to Peter West, group director of leadership development at Microsoft.

Are Leaders Important to Your Firm?

Of course, leaders are important to every firm, but, according to the firms studied, helping tech professionals see the value in leadership can be difficult. Part of the problem is that technologically oriented people tend to get more personal satisfaction out of designing and building new products and services than they do out of managing people. They are energized by the pace, critical thinking and innovation that go along with the creative process, and are often reluctant to give up their hands-on involvement in day-to-day projects.

Showing developing managers why leadership matters and what they can achieve in taking on a leadership role must become a priority for tech firms. In addition, they should strive to create a corporate culture in which leadership is rewarded and respected as much as technical expertise.

The research suggests that a manager’s self-image can play a big role in how others see them. That is important because most people will listen differently to feedback from a person they view primarily as a team leader as opposed to someone they view as a technical colleague. Similarly, managers who see themselves as technical experts first and foremost are less likely to provide coaching and feedback than managers who consider leadership their primary role. IBM’s Jack Beach said,

“We try to help people see that their social role and self-image and values have an awful lot to do with leadership.”

In designing leadership-training courses, tech companies must remember their audiences. Tech professionals are usually intelligent, practical, competitive and action-oriented. They also typically are fast learners, capable of moving from one concept to another quickly. So while many of them need to be taught the fundamentals of leadership, they probably won’t thrive in a training class that looks and feels like “Leadership for Dummies.”

Instead, leadership development should be smart, specific and fast-moving in order to keep tech professionals engaged. Classes and activities that simulate real-world problems and involve competition usually lead to better outcomes. Involving senior executives in development—not as talking heads but as teachers and facilitators who add value through their experience, observation and feedback—has proven valuable.

Do You Have Effective Coaching?

Most firms agree that coaching is a good way to develop leaders. But they said tech firms struggle to set up effective coaching and/or mentoring systems within their organizations.

Most tech-firm leaders are problem solvers who were rewarded for their technical expertise, not their ability to develop subordinates. If a person is hired and promoted for being the smartest “techie” in the room, there is little incentive to coach others in the leadership abilities needed by the company. The key to developing an effective coaching mind-set is for tech leaders to be recognized and rewarded, not for being omniscient, but for helping other members of the team to become smarter and more effective.

Some tech firms are having success with “peer coaching”. In the peer coaching approach, colleagues in similar positions work together for a few days on a task force or in a seminar, and then provide feedback on how they think the other could be more effective in his or her job. A peer-coaching relationship places coaching at a collegial level rather than a leader/subordinate level, and can be much more accepted and respected in a technology-company culture. Peer coaching also can remove some of the baggage that goes along with receiving coaching from your boss. The feedback tends to be based on “what I’ve seen here,” rather than “who you are.”

Hopefully these insights will be valuable to leaders in a wide variety of industries. Best practices usually are applicable across industries, but grow out of adaptation to fit an organization’s unique history, culture and strategy rather than imitation of what has worked for others.

Dr. Robert M. Fulmer, Ph.D., serves as an academic director of Duke Corporate Education and has held endowed professorships at William & Mary, Trinity and Pepperdine University. He is co-author of four editions of A Practical Introduction to Business, The Leadership Advantage, The Leadership Investment, Executive Development and Organizational Learning for Global Business, and Leadership by Design. Fulmer has served on the editorial board of seven journals, is author of more than 140 published articles, has conducted management seminars in 25 countries and was responsible for worldwide management development at Allied-Signal.

Dr. Byron Hanson, Ph.D., is a managing director for Duke Corporate Education and also serves as an adjunct professor at the Curtin Graduate School of Business in Australia. Hanson’s current research focuses on how the main players in employee development interface toward creating meaningful and effective educational and developmental experiences that meet organizational and individual leader perspectives.

Note: The research reported in the article was co-sponsored by Duke Corporate Education, HR Forums, and Bay Area Executive Development Network. The article is based on, and is an expansion of, “Do Techies Make Good Leaders?” (with Byron Hanson) Wall Street Journal/MIT Sloan Management Review, Executive Advisor, August 23, 2010. More details of the study can be found in “Developing Leaders in High Tech Firms: What’s Different and What Works,” (with Byron Hanson), People and Strategy, October, 2010. Since leaders deal with individual personalities in the team environment, it is unrealistic to expect that communication will never break down. 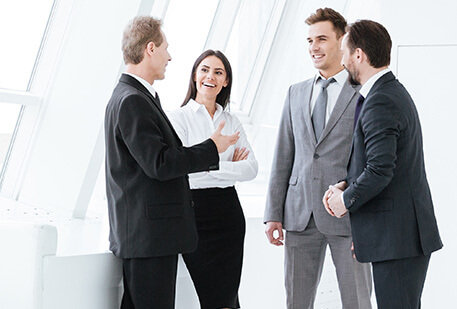